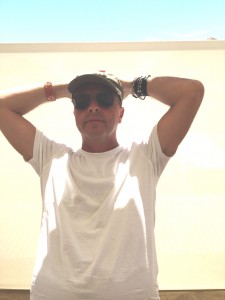 Graduated in 1998 in Venice, he moved to Barcelona to work for Studio PER for two years, then moved to Paris where he worked for many International acclaimed Offices like Christian De Portzamparc, Architecture Studio, Michel Kagan, Jean Nouvel and Hugh Dutton.

In Rome worked for Massimiliano Fuksas. He moved then to New York where he lived for six years working  for Hut Sachs Studio, Arcologica New York, and where he established his own Studio Aurelio Clementi NY in 2001, designing Private Residences in Manhattan and Maui, Hawaii. In 2003 Aurelio worked for the new Concept Design for Louis Vuitton in Roppongi, Tokyo. He moved the Studio to Verona. In 2004 presented an Exhibition For Louis Vuitton Works at the Milk Gallery, New York.

Exhibitions of recent works include “Inclusive” the Architecture of Louis Vuitton at the Aedes Gallery in Berlin and Milk Gallery in New York. Aurelio has also participated as guest critic at Clemson University, South Carolina and at New Jersey Institute of Technology.